Morro Bay - "Once" The Abalone Capital of the World 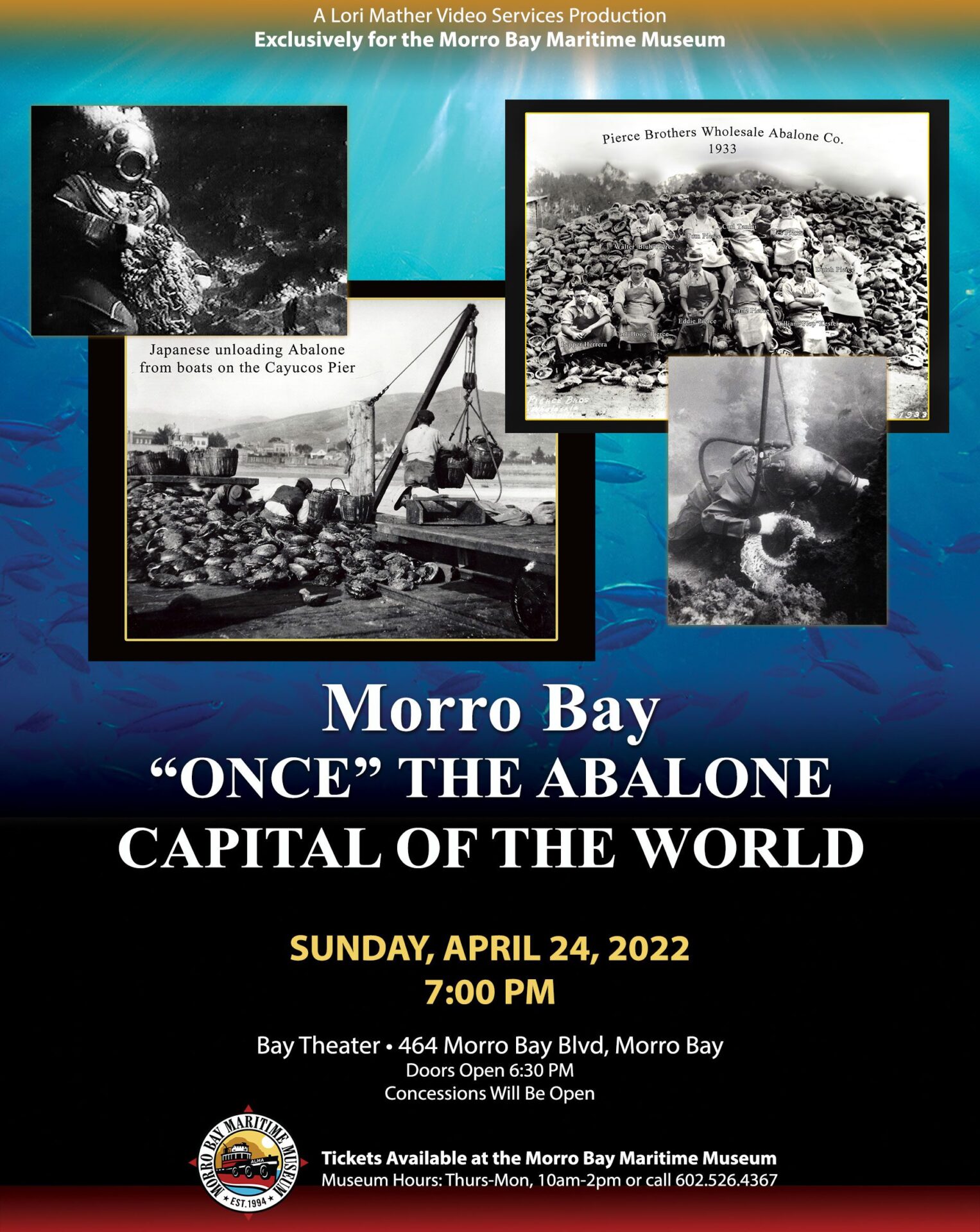 DISCOVER  the amazing true story in the first-ever documentary of the Morro Bay Abalone Fishery.

From the early Chinese and Japanese divers, to the local pioneering families, experience what made Morro Bay the abalone capital of the world just a generation or two ago.

In a fabulous stroke of luck, Morro Bay’s golden age of abalone was captured in photos and film by a farm boy from Iowa, who came to Morro Bay following his California dream.  He became an abalone diver and photographer.  Glen Bickford caught on film the good times for divers, when abundant abalone covered the underwater reefs.

From the early 1900s to 1962, according to the State Fish and Game Department, over 110 million pounds of abalone were landed in Morro Bay.  That’s about 2 million pounds per year.

Abalone uplifted the local economy.   At a time when there was little industry in Morro Bay, the abalone fishery gave many locals a way to earn a good living.

The waterfront buzzed with abalone boats and divers.

Around town, the steady beat of abalone steaks being pounded was heard from many family-owned processing shops.

Abalone was on the menu at seafood restaurants.  Fried breaded abalone steak was a common local dinner.

"A masterpiece. . . a wonderful gift to Morro Bay."