The Tugboat Alma was built in San Francisco by the Beviacqua Brothers near Fisherman’s Warf in 1927. She was typical of the small wooden tugs and utility craft that worked in harbors along the west coast in the first half of the 20th century.
Learn More

The Deep Submergence Rescue Vehicle (DSRV) Avalon is one of two machines built to rescue the crews of downed submarines.
Learn More

The Spindrift is one of the few surviving Monterey style boats that were a popular design type in the California commercial fishing industry in the 1920’s through the 1960’s.
Learn More

The Alma was built in San Francisco by the Beviacqua Brothers Genoa Boat Works near Fisherman’s Wharf in 1927. She was typical of the small wooden tugs and utility craft that worked in harbors along the west coast in the first half of the 20th century. The Alma was traditionally built of sawn oak frames and carvel planked in Cedar.

The Alma’s significant action in history came on the morning of December 23, 1941 when she dashed out from her mooring at the Cayucos Pier to search for survivors of the Union Oil tanker Montebello. The 440’ ship had been attacked and sunk by a Japanese submarine approximately six miles offshore, north of Cambria, California where she lies today on the bottom in 880′ of water. The Alma picked up two of the tanker’s lifeboats and carried them to safety at the Cayucos Pier. Another lifeboat was picked up by a companion tug and the fourth, containing the ship’s captain, went ashore near Cambria. 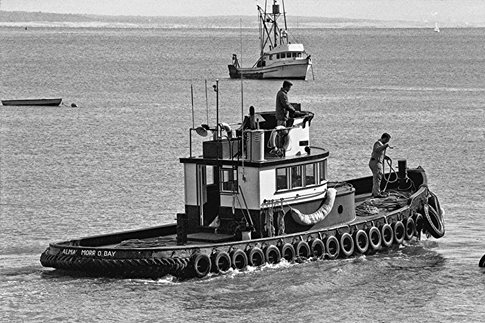 In 1995 the Alma was donated by the Kelsey Family, the former owners of Sylvester’s Tug Service. The Kelsey family now operates the Kelsey See Canyon Vineyards near Avila Beach. The Alma is on permanent display at the museum so come on by and get up close to an artifact involved in local WWII action. 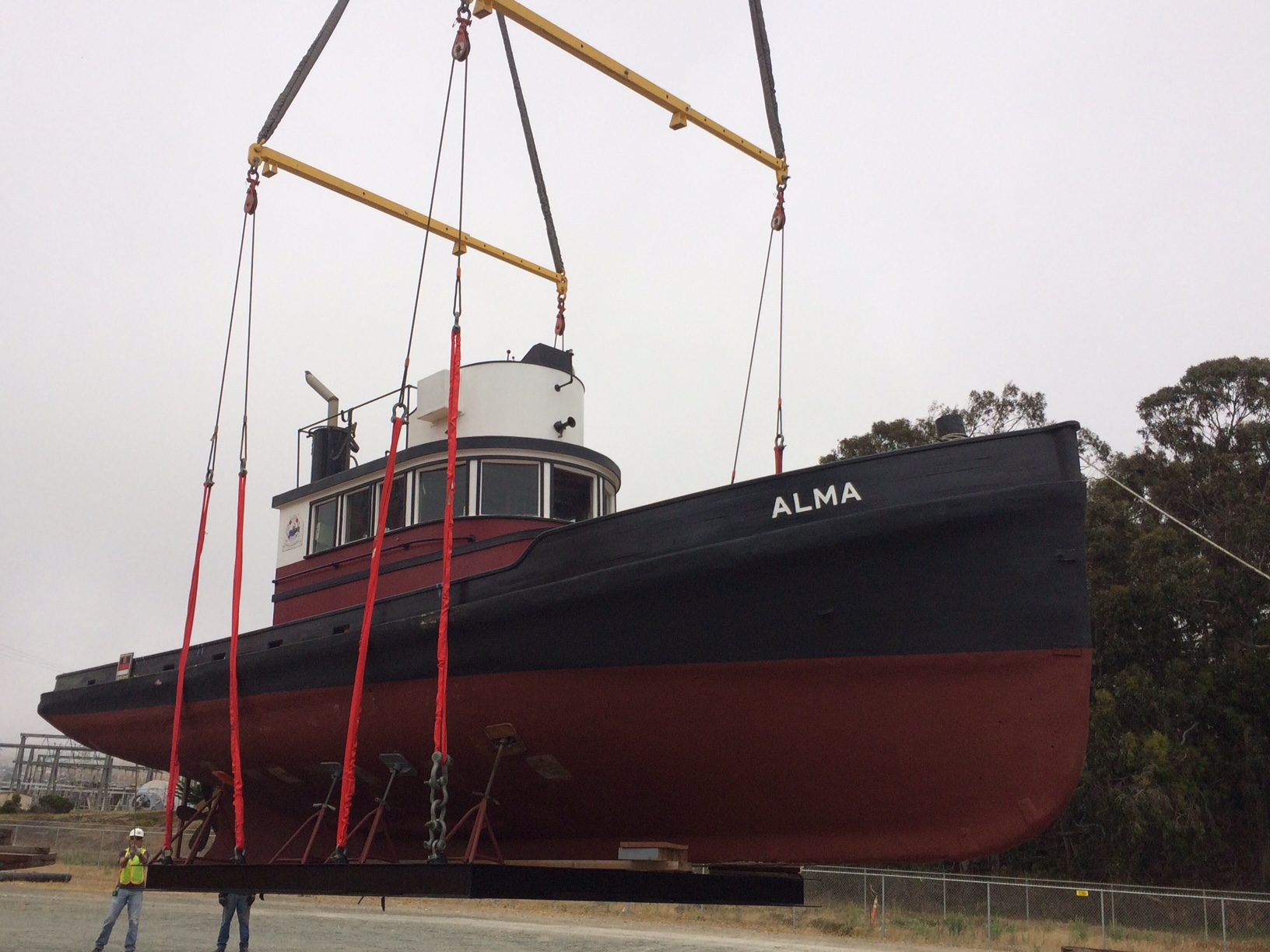 The Deep Submergence Rescue Vehicle (DSRV) Avalon is one of two machines built to rescue the crews of downed submarines. Following the USS Thresher accident in April 1963, the U.S. Navy explored options for developing a new and improved submarine rescue system. The existing submarine rescue technology, consisting primarily of the McCann Diving Bell, in use since the 1930’s, had several limitations.

The concept of the DSRV was the result of work done within the US Navy’s Special Projects Office and directed by its chief scientist, Dr. John Craven. The build contract for both DSRV’s (Avalon and Mystic) was awarded to the Sunnyvale California office of the Lockheed Space and Missile Company in August of 1966. The DSRV Mystic was launched in 1970 and the Avalon in the summer of 1971. 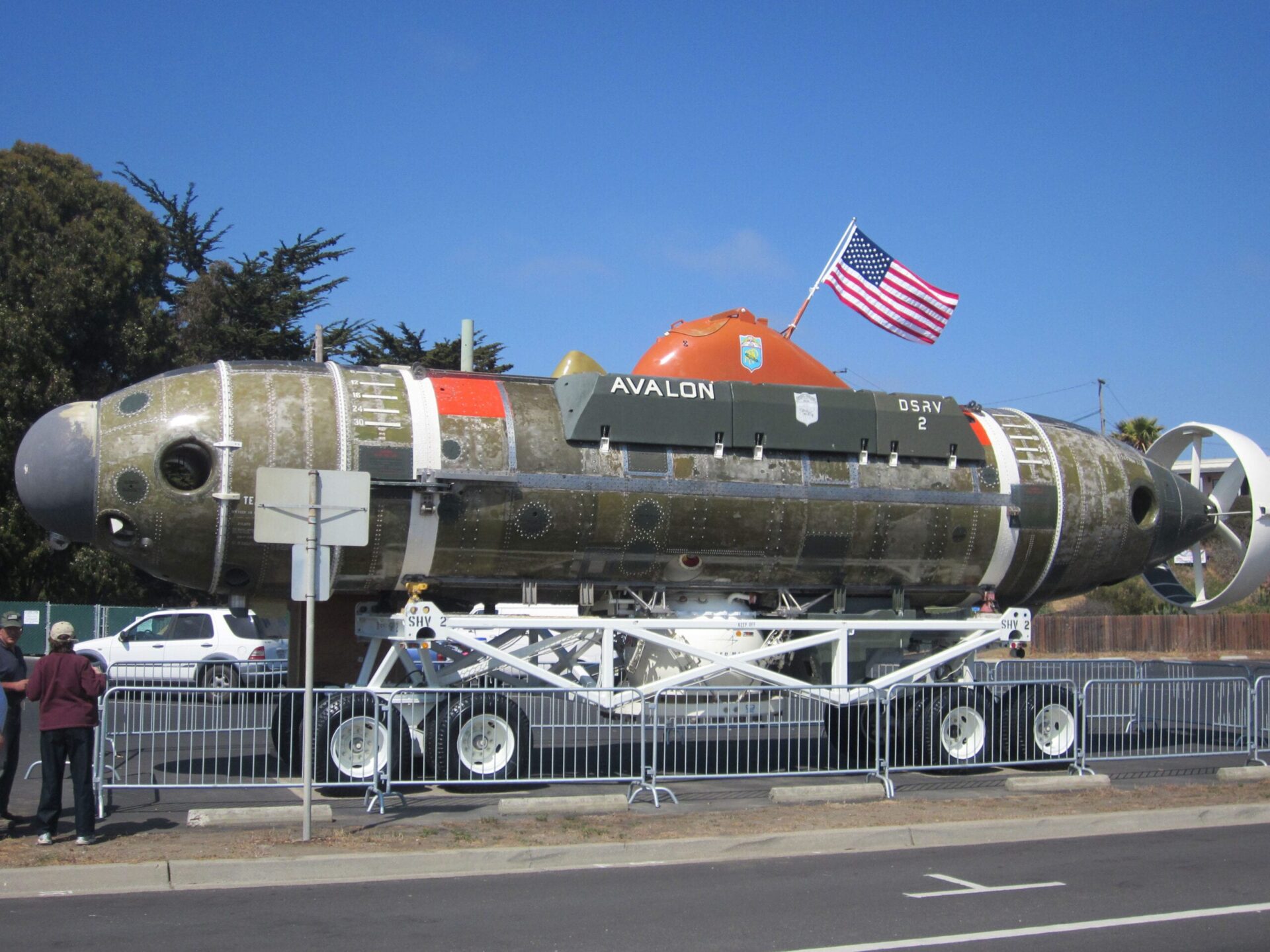 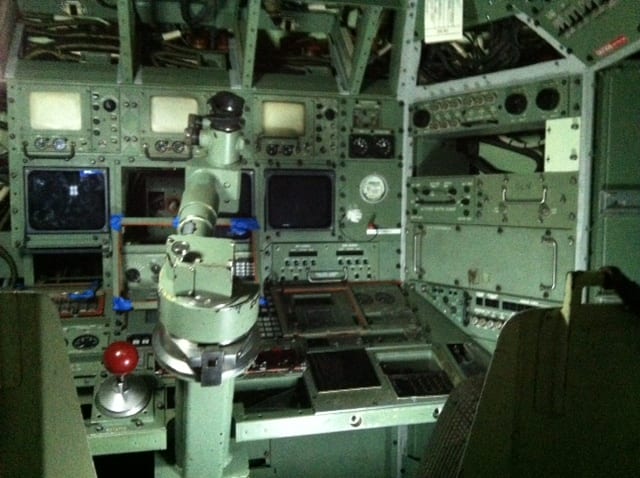 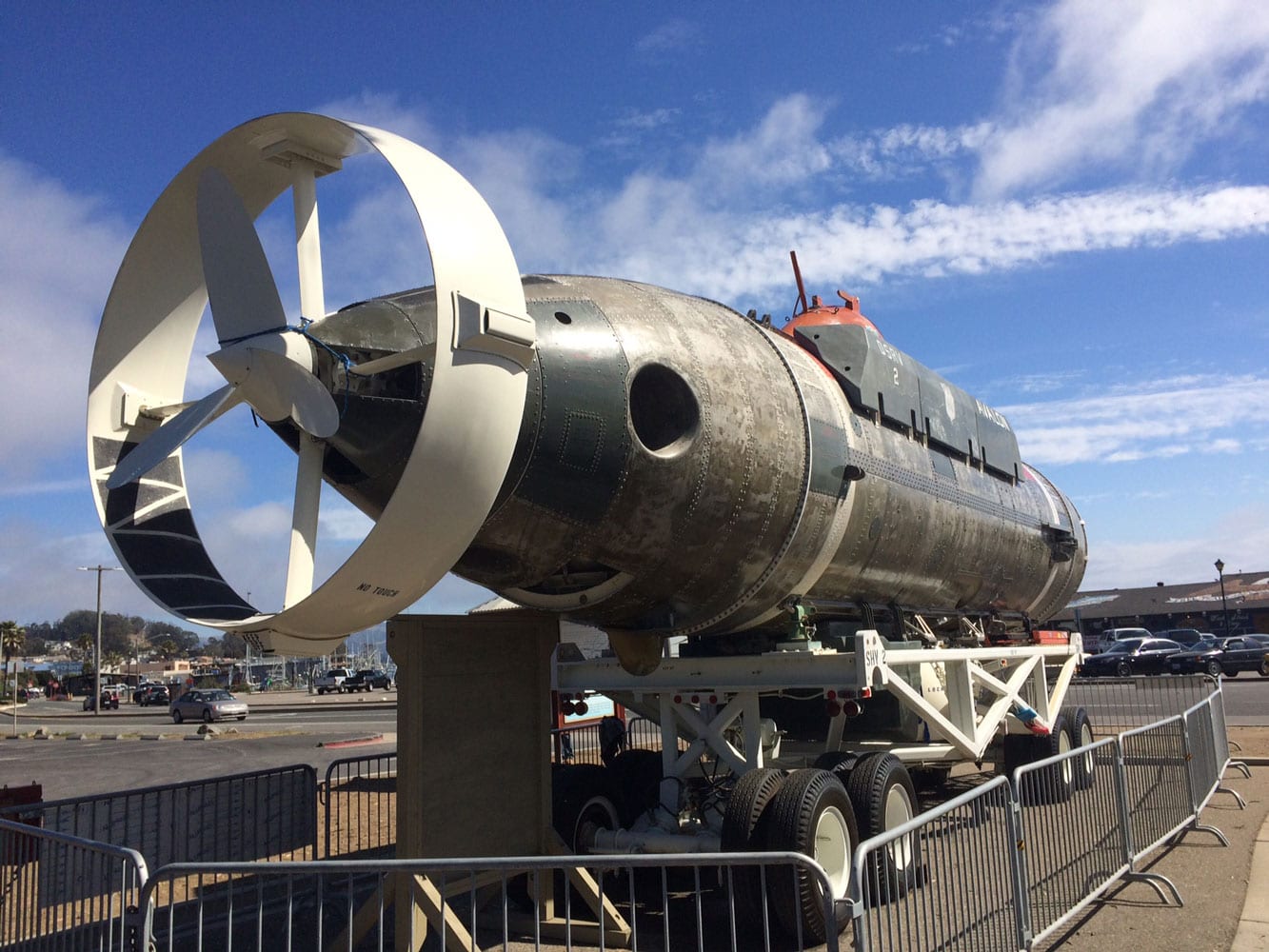 Based at Naval Air Station Coronado Island in San Diego, the DSRV was a completely fly-away, mobile system of submarine rescue. In a day or so, with the use of US Air Force C5 and C141 aircraft, the Avalon and its associated equipment and support staff could be dispatched to a port anywhere in the world.  The DSRV was extremely advanced for its time utilizing technology and materials derived from the Gemini and Apollo space program. In fact, most of the scientists and engineers who worked on the DSRV program had back grounds in the aerospace world.

The Morro Bay Maritime Museum is proud to be the custodian of such an important and rare piece of US Naval History and maritime technology. If you would like to know about this unique vehicle we invite you to stop by and see her up close.

Courtesy of the Naval History and Heritage Command 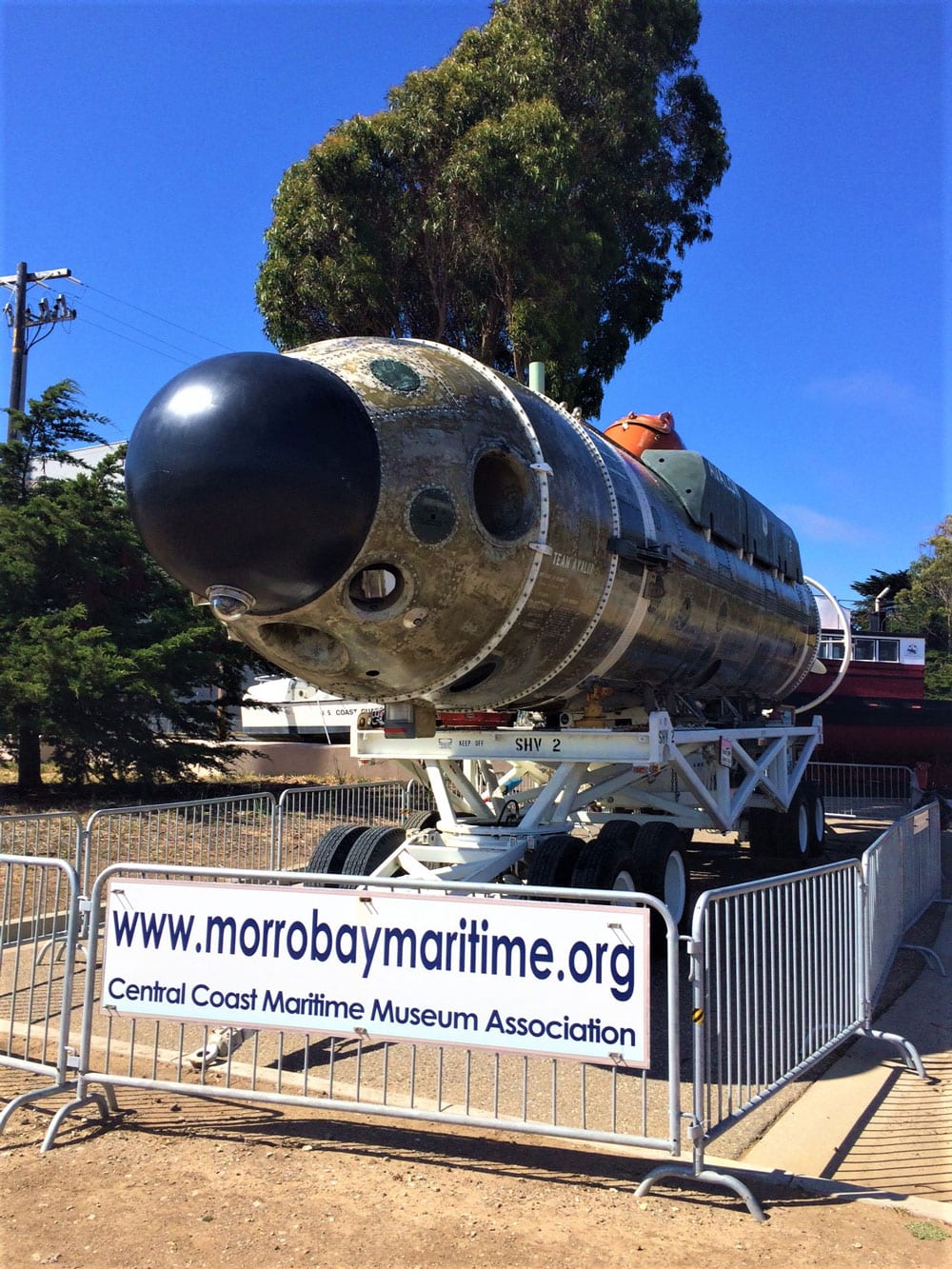 These vessels were built for the United States Coast Guard by the Willard Boat Company in Southern California between 1980 and 1990. CG-30615 was built in 1983 at a cost of $113,000 and was delivered to Morro Bay in 1996 after service in the Gulf Coast and the Pacific Northwest. These boats are self-bailing and self-righting and were designed for close-in rescue in moderate-to-heavy sea and surf conditions. 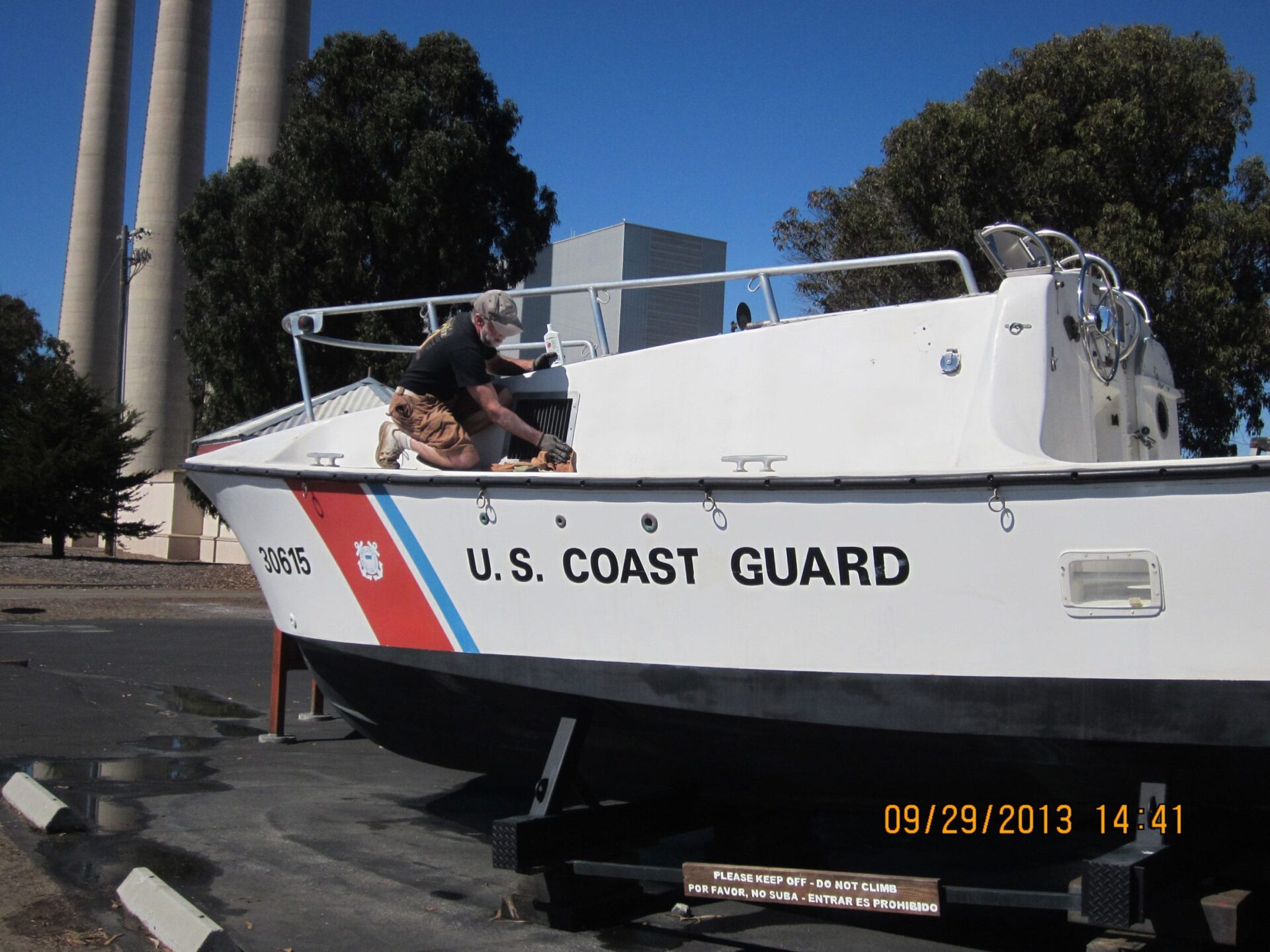 The Spindrift is one of the few surviving Monterey style boats that were a popular design type in the California commercial fishing industry in the 1920’s through the 1960’s. The Monterey hull shape is a derivation of the Mediterranean Felucca, a style introduced to the west coast by a large influx of Italian immigrants in the late 19th century. Like the Alma, the Spindrift was also built in San Francisco by the Beviacqua Brothers (Genoa Boat Works) at their yard near Fisherman’s Wharf.  Her construction consists of a carvel planked hull of Port Orford cedar over sawn oak frames with a wood cabin. She was last powered by a 3-53 GM marine diesel engine. The MBMM intends to conserve the Spindrift to a stable, presentable condition and place her on display at the museum next to the tug Alma. 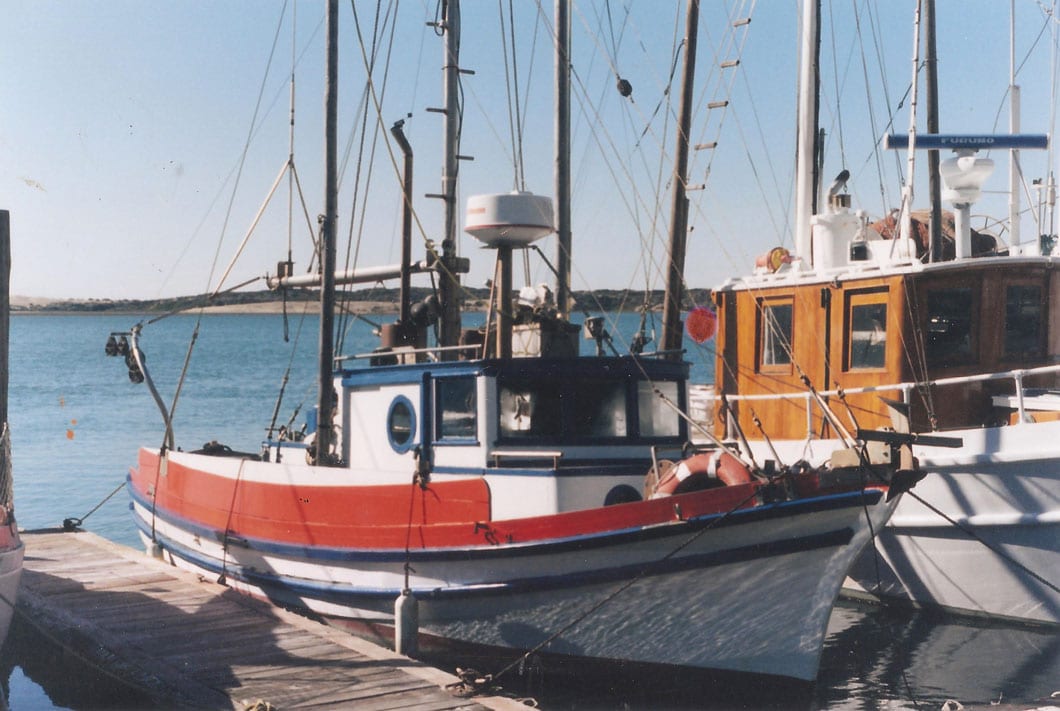 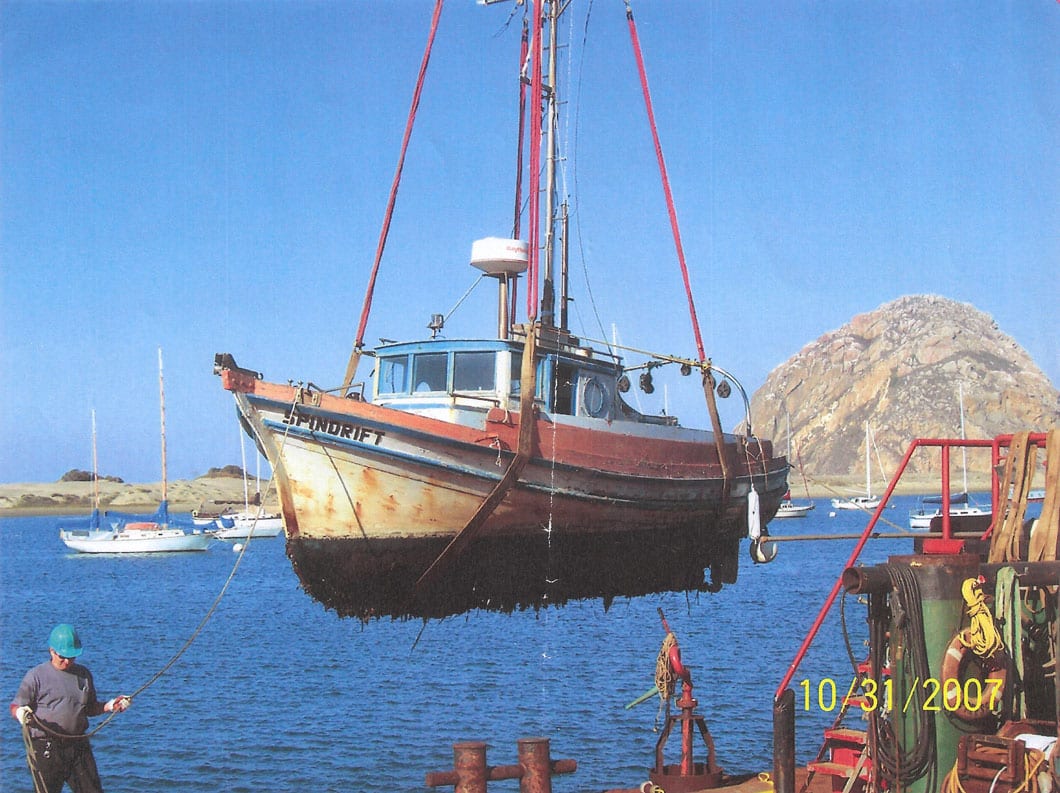