About the Morro Bay Maritime Museum

We preserve and interpret the maritime history of California, and beyond. About UsOur Mission


View the Board of Trustees working hard to tell the story of Morro Bay’s Maritime Heritage.


We depend on genrous donations of time & money from individuals like you.


Visit our calendar to discover what fun maritime events we have coming up.


Have questions about the museum, our association, or how to volunteer? Contact us. 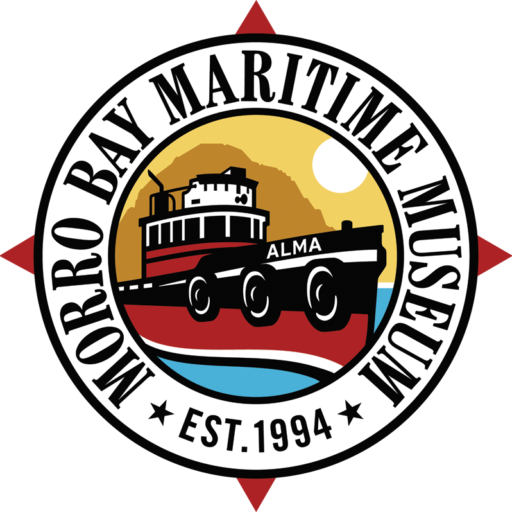 The Morro Bay Maritime Museum’s mission is to provide an easily accessible educational venue for maritime history, science and technology.

"Believe me, my young friend, there is nothing - absolutely nothing - half so much worth doing as simply messing about in boats."

- Wind in the Willows 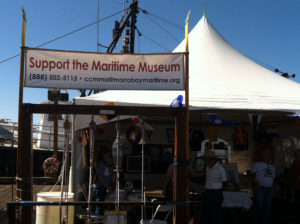 The Morro Bay Maritime Museum was the brainchild of the late Brent Roberts. In the early 1990’s Brent assembled a group of like-minded folks who shared an interest in preserving maritime history. After a few meetings this group decided to call themselves the Central Coast Maritime Museum Association (CCMMA) and in 1995 the group incorporated itself as a a public-benefit, non-profit entity. In the ensuing years the CCMMA board of trustees worked with City leaders and the business community to explore viable locations on the Morro Bay waterfront for a Maritime Museum.  Meanwhile, while this planning was occurring, CCMMA sponsored and participated in other activities such as more than 20 Morro Bay Harbor Festivals as the host of the Maritime Heritage Pavilion.

CCMMA also initiated and sponsored the visits of various tall ships to Morro Bay including the Hawaiian Chieftain, Lady Washington, the replica of the caravel La Nina, and the Australian HMS Endeavour replica. More recently, in 2016, CCMMA partnered with the Maritime Museum of San Diego and sponsored a two week visit of the San Salvador as part of the vessel’s inaugural Pacific Heritage Tour.

The San Salvador galleon, a replica of Juan Cabrillo’s flagship of 1542, was the culmination of years of planning and millions of dollars and Morro Bay was honored by being among the first host ports for this tour. The San Salvador visit also precipitated a small group of local individuals to take a financial leap of faith by making a capital investment of $1542 for the Morro Bay Maritime Museum project. This group became known as the 1542 Navigator’s Circle. Their investment, combined with ticket and merchandise sales, made the October 2016 San Salvador  visit so successful that the project was sufficiently funded to move forward into its current phase. 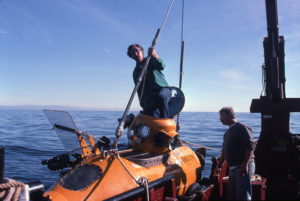 Over the years CCMMA has also partnered with various groups such as the NOAA and the Monterey Bay Marine Sanctuary in initiating the first manned dive on the SS Montebello, a 440’ long Union Oil tanker torpedoed and sunk near our shores in the opening days of WWII.

CCMMA worked with Caltrans, Chevron and the firm Associated Pacific to develop the anchor display at Tidelands Park on the Embarcadero.

CCMMA is also coordinating with the local Salinan Indian tribe to develop outdoor and indoor interpretive elements that will memorialize California’s first watermen. 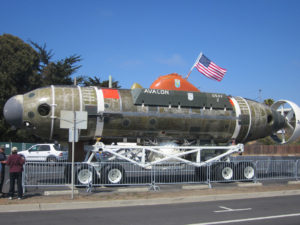 CCMMA, now doing business as the Morro Bay Maritime Museum, has established itself as a positive force in contributing to Morro Bay’s economy and maritime village sense-of-place.  We invite you to come see the Historic tug Alma and learn about an event that brought WWII to our shores.  Or walk around the DSRV Avalon, one of only two cold-war era rescue submarines developed by the US Navy and featured in the 1990 film Hunt for Red October and the 2018 film Hunter Killer. You can also see a USCG Surf Rescue Boat that was stationed at the small boat station and serviced the sometimes impassable Morro Bay harbor entrance.  But wherever your interest lay, please come and visit Morro Bay and stay awhile. And while you’re here, visit the Morro Bay Maritime Museum at 1210 Embarcadero across from the south T-Pier, on the Morro Bay waterfront. Stop by and say hello and soak up history at the edge of the continent!

These members help to keep us afloat by contributing $1,000 or more for a minimum of 3 consecutive years.