Our History Defines Us

“History cannot give us a program for the future, but it can give us a fuller understanding of ourselves, and of our common humanity, so that we can better face the future.” Robert Penn Warren

For over 23 years the Central Coast Maritime Museum Association endeavored to create a maritime museum and themed landscaped area that would memorialize the history and cultural development of San Luis Obispo County’s connection to its California coastal heritage.

In 2016 the City of Morro Bay supported a permanent site at 1210 Embarcadero. In June the fleet moved from its temporary parking lot location where tours had been conducted on holiday weekends and The ALMA emerged from Morro Bay Harbor Department’s maintenance yard where the nonprofit’s President Larry Newland and volunteers refurbished it for over 15 years.

In October 2016, the Maritime Museum of San Diego and local volunteers celebrated the inaugural tour of Cabrillo’s San Salvador in Morro Bay. Proceeds from public tours of the historic galleon supported the future development of what would become Morro Bay Maritime Museum (MBMM). At the same time community investors supported a charter member campaign called the 1542 Navigator Circle. By 2017 funding was finally secured to proceed with longtime plans to build the first structure. 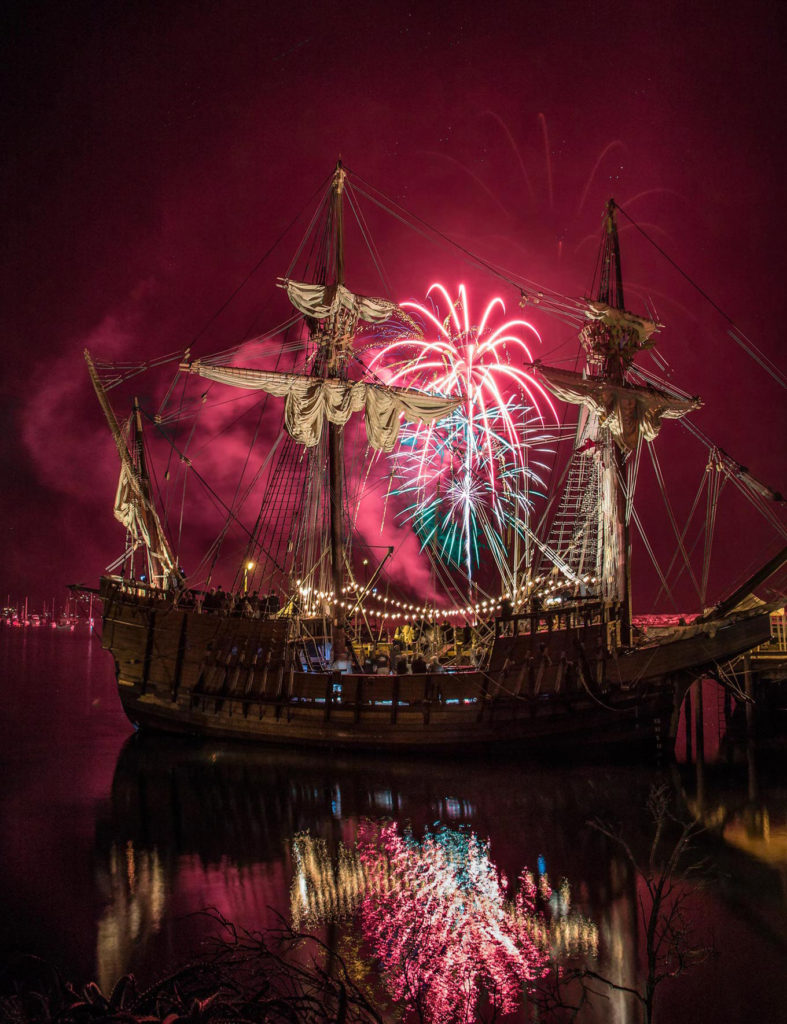 Take a drive towards Morro Rock and you’ll see the construction zone of the first structure next to MBMM’s fleet: the Avalon, one of two U.S. Navy DSRV submarines, and Morro Bay-based U.S. Coast Guard Rollover Craft.

Somewhat hidden is the historic ALMA, built at San Francisco’s Fisherman’s Wharf in 1927. The tugboat gained notoriety on the morning of December 23, 1941, when under the command of the late Merle Molinari of Cayucos, she was called north toward Piedras Blancas to rescue crewmembers of the Union Oil Tanker Montebello which had been torpedoed and sunk earlier that morning by a Japanese Submarine. 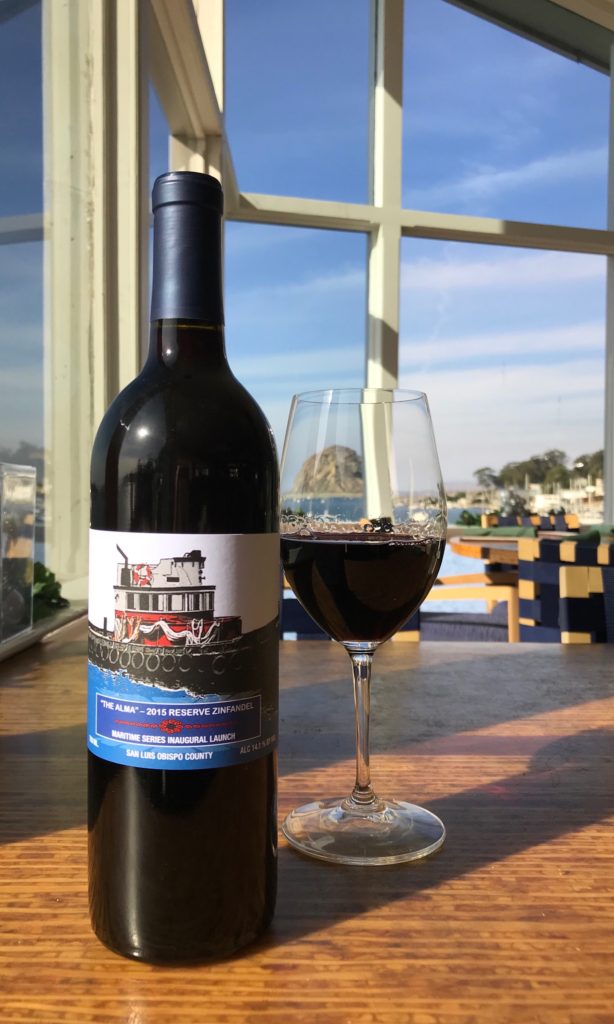 Keith Kelsey, a founding and current board member of CCMMA, heard tales of the Montebello incident while working in the family business. The Kelsey family was the original owner/operator of Sylvester’s Tug Services. Keith is now an active partner in Kelsey See Canyon of Avila (www.kelseywine.com). Since the ALMA was part of Sylvester’s fleet and in memory of the WWII historic incident, the Kelsey family has dedicated an annual special-label wine series with 30% of the proceeds supporting MBMM — memorialized this holiday season as The ALMA: 2015 Zinfandel Reserve.

During a recent presentation to the Morro Bay Rotary Club entitled “How World War II Shaped Modern Morro Bay” Glenn Silloway, president of the Historical Society of Morro Bay www.historicalmorrobay.org, recalled how community members worked for years to establish a safe entrance to Morro Bay’s harbor, which would ultimately create an attractive bay and moorings for its future commercial fishing industry and recreational maritime tourism industry. However, it was the sinking of the Montebello that finally caught the U.S. Navy’s attention. Leadership realized U.S. defensive action might be a series island hopping incidents led from the Pacific front so by September 1942 a military base was established in Morro Bay. Training of landing craft operations was a major focus. A wooden trestle was built to access the sand spit and the harbor entrance was finally permanently located south of Morro Rock. By 1945 over 45,000 troops received amphibious training in Morro Bay.

Indeed, the S.S. Montebello sinking and the tugboat ALMA’s rescue of crewmembers along with some quick acting Cambrians who helped save the crew before another lifeboat crashed into the rocky shores, is unique and historic to our Central Coast history and development.

Hosted by Captain Annie Clapp on the Chablis, The ALMA: 2015 Zinfandel Reserve was first launched to thank the 1542 Navigator Circle members. MBMM was also invited to introduce the wine at the Cambria Historical Society when members unveiled a new painting, “The Sinking of the S.S. Montebello” by artist Tom Gould, currently on display at the museum (cambriahistoricalsociety.com). MBMM participated in Morro Bay Tourism’s Santa Crawl pouring samples of the wine at Junque Love of Marina Square. Participants appreciated learning the history and commented on the quality of the wine.